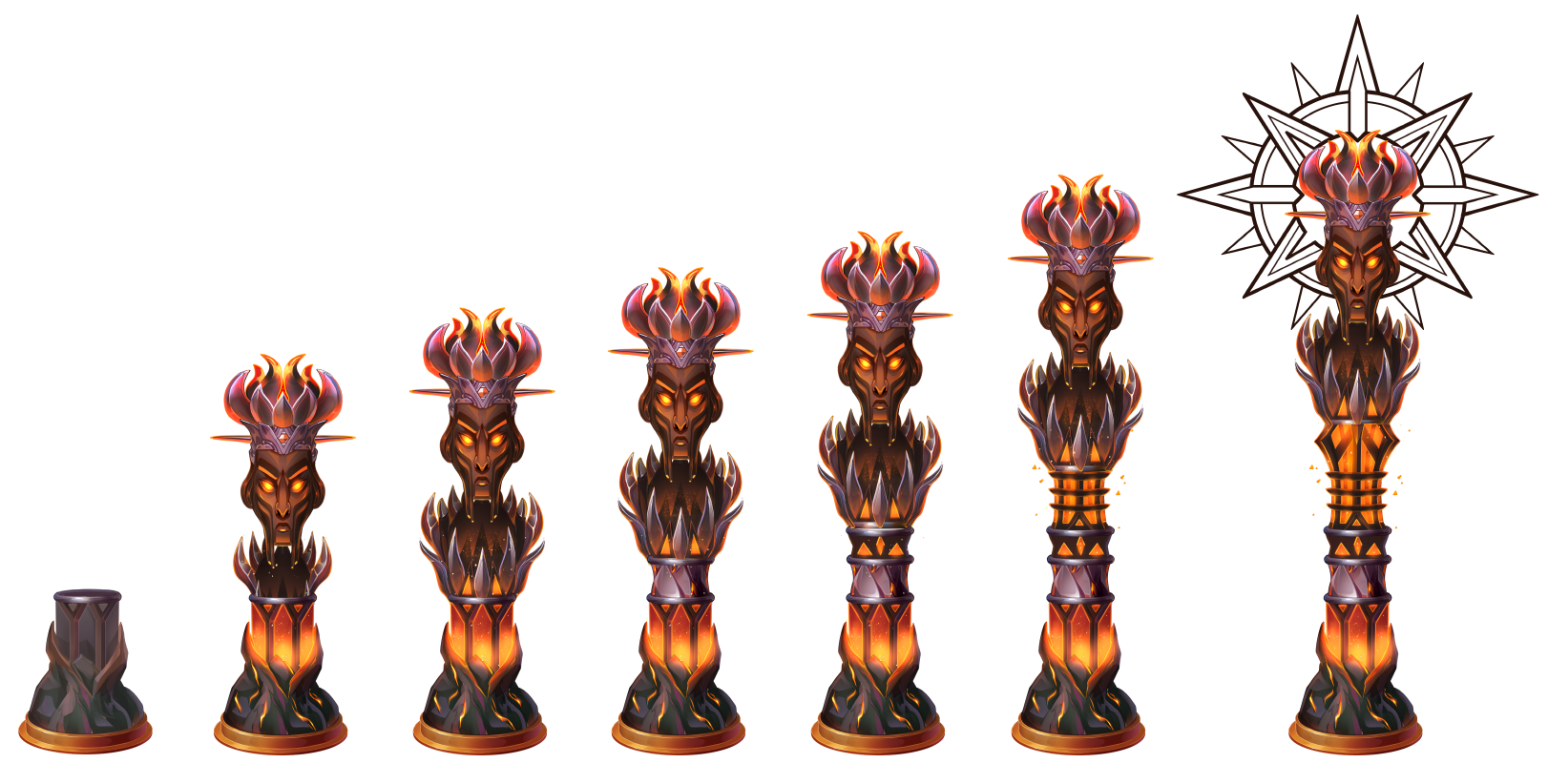 City of Heroes is coming to a close, and I have many feels about it. :Way of the Totem

City of Heroes coming to the end of it’s life is actually pretty sad. It was the first, and the best, super hero MMO to date. It was the first community that I was a vocal and active member of when it came to online gaming. From beta, to release, to even now almost a decade later, some of my best gaming memories were the direct result of this game. That said, despite my sorrow at hearing the news, there is the need to recognize that there is a stark reality to face. All things come to an end, and nothing lasts forever. Instead of sitting here lamenting and wailing, I thought I would share memories and highlights of the game over the years in my own way of paying tribute to the memory of an amazing game. To share with you what this game meant to me.

CoH is probably the game that I anticipated the release of the most. This includes any of the current and upcoming games as of the time of this post. My love of comics is nothing new to anyone who even knows me in passing, so this shouldn’t come as much of a surprise. It was the idea that I would get to play a game in which I got to completely customize a super hero, make him my very own, and play along side my friends who were doing the same. This was nothing short of amazing to me, and hit every dom and ship I had all in one place. And so it was, that in beta, Dante the Mutant Super Reflexes (Spider-Man much?) Broadsword Scrapper was born. I plunged headfirst into the game, and had such a very hard time stepping away from it. I had to know what happened next, to know what the next step in the story was. I needed to face the next arch-villain and discover the true depth of my heroism. It was an adventure like none I had ever encountered before.

The people were amazing, helpful, cooperative and chatty. We were all fighting towards a common goal, and it was refreshing. Especially when you consider today’s MMO climate and all the infighting that goes along with it. I gathered a bunch of like-minded friends and established a super group paying homage to one of the greatest teams ever to grace the pages of  comics. Together we founded the Uncanny X-Men on the freedom server. In this group I made many friends, many of which I’m still in contact with to this day. You can see in the image above me in the middle dressed up as Cyclops, and two of my generals with their costumes of Cable and Pheonix. This was just the start though, and while I founded this group with friends, it became so much more, so much quicker than I had anticipated.

Events, and growing the brand

Our super group was one of the biggest names on the server. We boasted one of the largest active rosters in the game, and were known for being fun, energetic people. The only real rules we had were don’t be a dick to anyone since we’re all here to have fun, and that your character must have an X-Men inspired costume slot for when we do super group events and runs. We started racing competitions among ourselves to see which groups could clear quests and instances the fastest, and it eventually became a server wide thing. It was so popular that everyone was doing them with us.  There were wagers of influence or rare enhancements, and these runs came to be known as “Sunday Runday”. It was always exciting and fun.

From there, we expanded, and my second in command and I decided we were going to try something different. We had been clearing endgame content like crazy, and were sitting on loads and loads of enhancements and influence, so we decided that we would rewards comic lovers in the game from our good fortune. Windrunner and I decided we would have “Marvel Mondays!”, in which we would take over Atlas Park and hold a trivia contest. We would stand at the feet of the Atlas statue and invite folks to answer questions about their favorite marvel comics. The first to whisper the right answer won tons of influence or rare enhancements. It became so popular that GM’s would have to spend time on Monday Nights helping to balance the instance sharding so we didn’t collapse the zone. Through this we got to know quite a few members of the community team, game masters and several other people who worked on the game who just simply loved comics.

We did more than just raids, fun runs and trivia. We also helped to organize the player base when things got sad. When Christopher Reeves died, CoH had one of the biggest showings of support I’ve seen in a video game. players gathered to salute and pay homage to a real hero from our childhoods. Through forums and fan sites we helped to organize the Freedom server’s tribute, where players would log in at a specific time and gather in Atlas park. We helped coordinate costuming and even funded players who needed more influence to complete their ensembles. I regret that I do not have more screenshots of the event, as those were on a hard drive that has long since crashed and gone the way of the scrap yard.  It warmed my heart to see a queue of people to log into the server, just so they could head to Atlas Park and pay their respects. So many servers were overflowing, and it was truly amazing.

Almost everyone who knows about the game, and many who don’t, know about the law suit from Marvel against the makers of CoH. It was a turbulent time, where Marvel went after the game for allowing characters to create costumes that perfectly matched characters from Marvel comics. There are many things that I can’t really talk about it, but the short version is my super group, the previously Uncanny X-Men, was one of the groups of people that wound up getting dragged into it. My group caught attention because of the names, the costumes and because of our Marvel Mondays. It was a time where everyone was uncertain what would happen. Thanks to the wonderful community team, and the amazing team of GM’s that we were in constant communication with, we were able to help avoid any major repercussions. I say this with all respect, because Paragon actively shielded the individual players from any harm. They were respectful, and concerned, and genuinely upset.

I can’t tell you, how at the time, I was scared that the game I loved so much, that the community of amazing people, was going to get shut down. That fear was something I wasn’t familiar with, and it was very real. In the end things worked out, we were able to keep our super group together, we only had to alter our costumes ever so slightly, and the game carried on. Throughout the entire proceedings, for that entire time, I saw how their community team worked to help their players, to make sure that feeling of camaraderie that we all had didn’t go away. It was the first time I sat down and decided that this was something that I would want to do with my life.

Leaving the game, and a looking back on accolades

There came a time, where I had to leave the game. Not for lack of loving it, but for the fact that real life didn’t quite allow me the time I had devoted to it before. Work, school and a relationship all were vying for time, so the game had to go. Before I left though, I was able to say that I accomplished quite a bit. I was in the group that took down the Hamidon for the very first Freedom server kill. That was exhilarating, and when he finally transformed into a pile of goo it was so rewarding. I can honestly say that very few bosses can top that first kill in any game. I came back about a year later, after life had calmed down to see that my friends had started to move on from the game, and so I packed my bags for the last time and moved on as well.

I can say though, that my time in CoH was eventful. Dante actually appeared in one of the CoH comics. I don’t remember what issue it was off the top of my head because it was so many years ago, but my character in game was actually drawn into one of the comics. Every paying subscriber got a free subscription to the awesome CoH comic. Players from all the servers had a chance to appear in them, and I was happy that I got to be one of the lucky ones. It was to the envy of all my comic nerd friends.

I got to say that I completed all of the relevant content and then go back and help other players get to experience that same content. I got to mentor them, to champion for them. I got to create and lead one of the greatest groups of comic nerd gamers, and accomplished what I feel was quite a bit in game. I got to feel like a part of something larger in terms of online gaming for the very first time. I also got to have my first glimpse of what it was to work on those games, at least in some aspect, and through talking with GMs, community members and devs I got my first push forward into what I am now crafting as a career.

I actually owe quite a bit to this game, from my dealings with people, to learning what it was to run and organize massive events, to learning even a little bit about the hard work that goes into maintaining a game of this size. I came back to the game again, only just recently, and rediscovered my love for it. The questing, humor, art, the bosses, the zones. The mobs, and the models. The architect system, the amazing super powers and the choices for costumes. I got to recapture that feeling of awesomeness of leaping from building to building, of helping random citizens, and just rediscovering a world. Though it was through the eyes of Nostalgia, it was still a humbling experience to feel like that after all these years.

I want to thank everyone at Paragon Studios’ community team, their wonderful development team, their GMs, their admins. Thank you for giving a geeky comic nerd kid a place to call his own all those years ago. For making something so wonderful that it inspired me to do something more. Thank you for all of your hard work over the years. Honestly, just thank you.