At its heart, it is a tactical first-person shooter that places a high emphasis on non-lethal tactics to bring down your enemies.

Brute force and poor planning will only get your teammates and yourself killed.

SWAT 4 is a different type of shooter wherein tactics will win the day.

Those familiar with games such as Counter-Strike will feel right at home with this game.

Gamers that are more used to the standard run-and-gun type of shooter in the Unreal Tournament and Quake series will most likely find the game difficult at first.

I happened to fall into the latter category.

However, as I played the game a bit more, it grew on me and I began to like this game.

The missions at the onset feature smaller disputes and conflicts that eventually escalate to missions against terrorist groups.

Pre-mission briefings and 911 calls help you plan a course of action and help to set the mood.

Once in the mission, you’ll command a group of highly trained SWAT members through various hostile locations.

The computer-controlled teammates are quite responsive and there are a number of commands you can give them including clearing rooms, restraining suspects, and standing ground.

It should be noted that they are not perfect, since during one “Breach, Sting, and Clear” command, the bot dropped the stinger on our side of the door and I got disoriented by its effects – not fun.

When encountering a suspect, you are supposed to shout at them in the hopes of making them drop their weapon and comply – however, this is not always the case and they can open fire on you and your teammates, further complicating matters.

It is your goal as a SWAT member to keep the suspect alive and only open fire when the enemy opens fire.

This aspect of the game was a bit difficult for me at first since I am more used to the shoot-first-ask-questions-later games mentioned earlier.

However, I learned to rein in my itchy trigger finger and follow the SWAT procedure. 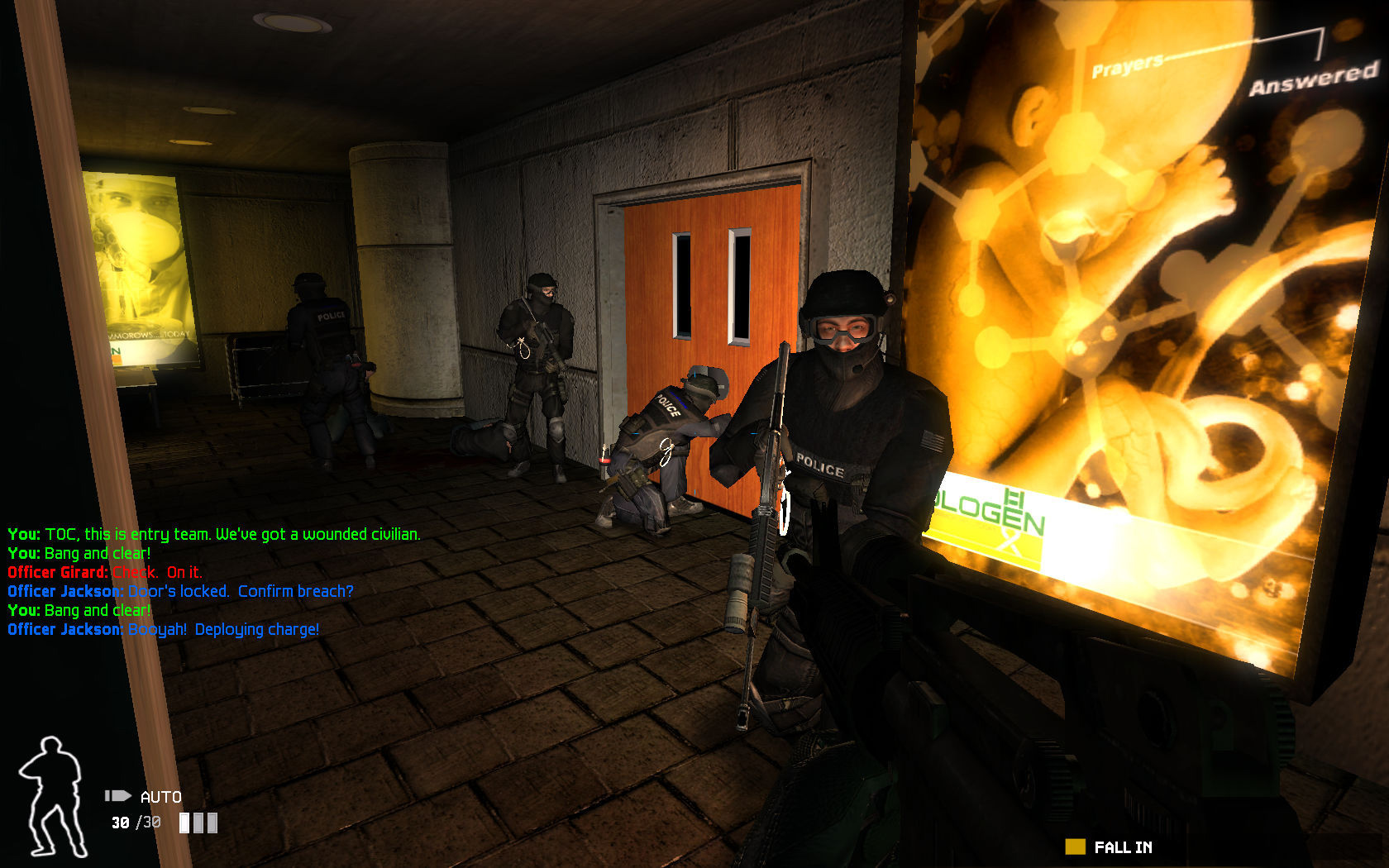 This also helped in keeping the innocents alive, since I did accidentally harm a victim on more than one occasion.

A vast array of weaponry and gadgets are at your disposal, both lethal and non-lethal.

They range from the standard assault rifle and grenades to more sophisticated devices such as the optic-wand.

The optical wand helps you look under doorways and around corners in order to assess the situation without putting your team or yourself at risk.

The stinger and flashbang grenades help to clear rooms and stun the enemy into submission so that lethal force is not needed.

The standard tazer and pepper spray are also available to non-violently takedown the enemy.

The environments are richly detailed and thoughtfully laid out – https://warpath.guide/tier-list/.

In one of the earlier levels, as you wait at the entrance, snow slowly drifts towards your face as you scan the scene.

A crowd of onlookers is gathered behind the police line and beer bottles scatter the indoor areas around inebriated young adults at a club.

SWAT 4 does not feature the richest graphics ever seen, but it still does a good job of presenting realistic environments.

The bump mapping and light bleed effects are used effectively to increase the realism of the scenes as well.

The sound design in SWAT 4 was equally impressive and served well to immerse you into the world.

The cacophony of flash banging a room and entering it is as chaotic as it should be.

Your teammates shout at the suspects to get on their knees, suspects are shouting, and victims are pleading for help all at the same time.

There is a great deal of tension in these brief but important movements.

One wrong move could result in a death of an innocent bystander.

In terms of replay value, even after you’ve completed the 14 single-player missions, there’s still plenty to do.

You’ll be able to play the included missions cooperatively with your friends as well as design custom missions that can be also played online.

The mission creator allows you to modify aspects of a level such as the objectives, victims, suspects, and SWAT members involved.

In other words, you won’t be able to modify the aesthetics and structural layout of the level, but you can alter the scenario.

Although that may seem restricting, it can still potentially add many hours of gameplay to its already solid single-player experience.

SWAT 4 provides tactical FPS action that is a bit more unique than what most of the market offers today.

The fun and challenging single-player missions are deep and involving.

There is a lot of value in this game as well, since you can play the missions online cooperatively with friends as well as create custom scenarios of your own to play.

The graphics and sound also do a fantastic job of drawing the player into the game.

All of these aspects combine to form a good game that I would recommend to any first-person shooter fan that is looking for a change of pace.