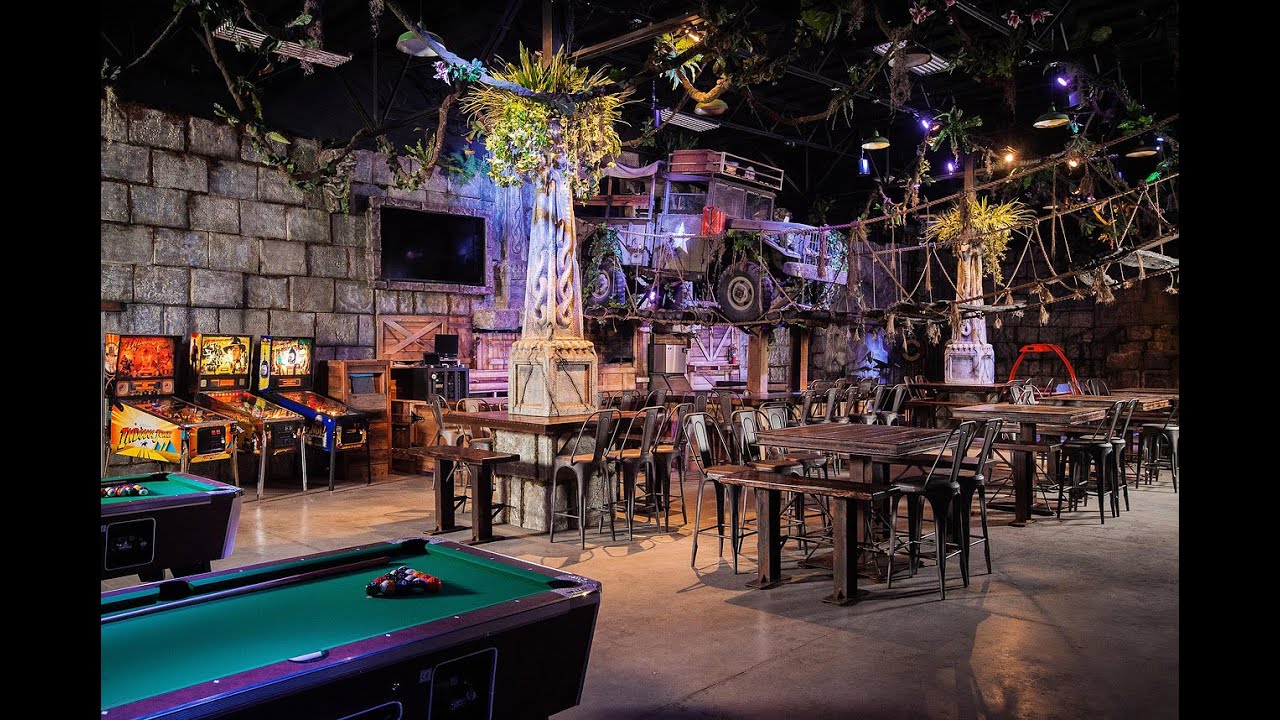 This is Part 2 of a three-part series. Is this your favorite man cave? Cast your vote in the comments section below!

So I’ve been working a lot since 2012 began, and it’s made me really appreciate the down time when I finally snag some. And where better to enjoy some R and R then in your very own Man Cave? (Sorry, ladies, this one’s just for us guys).

I came across some really cool setups out there, and of course, some that incorporate some fantastic Home Automation while they’re at it. Today’s Man Cave was a Home of the Year finalist in 2009, and sports a radical Indiana Jones-like “Temple” theme, complete with Mayan artifacts, an altar and throne, a treasure chest that puffs out hot air, secret passageways (and you know I love those!) plus ”crystals” embedded in the walls. And best of all, hidden among the temple treasures is an entire home theater system that requires you to  first head through a tunnel, remember a secret code and know precisely which rock to push just to get inside the room. How cool is that?

It was built out in Utah by Tom Comstock. Unfortunately (and surprisingly) I couldn’t locate any video, but here are some photos, and there’s a great slideshow in the original article on Electronic House that you can take a peek at.

The Comstocks did  a fabulous job here of hiding their TV using lift technology–and we’ve seen some pretty cool examples of that in previous posts. The left photo shows what it looks like when the TV is hidden. On the right, you can see that the TV pops up out of the cabinet.

Tom Comstock talks about how his Raiders-of-the-Lost-Ark-type cave challenge works:

Your journey begins by sliding down a tube that’s built into the side of a hill. This is no ride for sissies. It will make you scream…at least the Comstocks hope it does. When sensors inside the tube hear noise, a series of built-in colored lights activate. When the screaming stops the lights fade out. The slide leads to a waterfall which you’ll need to sidestep to get to the entrance of cave. You’re not home-free yet. Well hidden within the rock on the exterior is a cave is a keypad. Only when the correct sequence of numbers is entered will the door to the theater unlatch. Stepping on a strategically placed rock near the threshold swings the door open wide.

Once inside, a Control4 handheld remote (the only electronic device that’s easy to detect) holds the secret to the rest of the cave’s magic. A button on the clicker commands a 40-inch Marantz plasma TV and Yamaha soundbar-style speaker to lift up from the altar. Another button press activates whatever source the user wants, be it a DVD player, cable box or Xbox 360. These components are tucked out of sight underneath a bench near the back of the cave