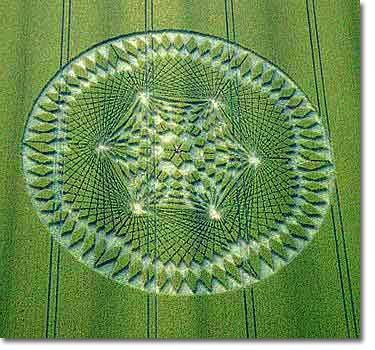 To be a Leader, a Lodur Rant :Way of the Totem

Been a while since I’ve had one of these, figure it’s about time. Be warned that this is a rant / venting session that you all get to read. These are my opinions and you may or may not share them. This is the result of conversations I’ve been having with multiple people from multiple guilds across multiple games over the last several weeks.

Leading a guild is a thankless job. This is from the guild leader position, to the officers that support it. Often times finding yourself in a leadership position will see you investing as much time as full time job. It’s not uncommon as guild infrastructure in games can grow to rival any business in the real world depending on your goals and what you have envisioned for your organization. Whether it is professional level play, pushing raiding content, Player versus Player and even RP. The only difference between out of game and in game is that in game you rarely get paid for the hours you put in.

I’ve often times argued that the best officers are those that have management experience in real life.  I say this because they can often more easily separate job from person. Lets use the example of a raiding guild that wants to push progression. There’s a social aspect to the guild whenever there isn’t a raid. You’re doing things together, there are sometimes hundreds of people online with you and you have to interact with them. Maybe you play games with each other outside of the game you raid in. But when it comes down to business, you put aside your personal feelings as much as possible and do what you need to do for the good of the group. It’s not an easy burden to bear for some. So what makes a good leader and what are the costs associated with it? Well, here’s my thoughts on that.

You can’t be a friend all the time to everyone

Seems like an odd statement but it’s true. Sometimes you can really like someone as a person but they continually die to fire, or have a piss poor attitude, or just aren’t doing things with the best of intentions for the health of the group. You need to be able to step back and look at what it is doing to your group. Is this person really that important to progression? Is what they are choosing to do hurting the group as a whole and keeping it from full potential? Sometimes a person can be your top DPS but be a foul mouth raging monstrosity on mumble that is causing people to not want to play. Is it worth putting up with their personality for the sake of their numbers? Which is more beneficial? Sometimes you have to step back and make the call to remove that person, or make sure there is a consequence to their action even if they are your best friend. Sometimes you have to be the bad guy in order to be the good guy.

True story, when I was healing lead I’ve had to bench one of my best real life friends a couple times. Tempers were high and I had to make the tough decision to bench them. Benching them resulted in a kill and moving on to the next boss. The argument between us out of game lasted a couple of days until we both calmed down and were able to talk about it logically. An understanding was made that Raid Lodur was not the same as Friend Lodur and that the good of the group was put before the interest of the individual.

I’m sure I’ll get all sorts of flak about this, but when you find yourself in a leadership position of any kind in a game, you need to make sure you don’t play the favorites game. Loot distribution, inclusion in guild events etc. There’s a ton of other factors that you can use to back up any decisions you make be it attendance, performance, attitude. But if you’re making decisions that aren’t based on concrete factors, or if you cite that you are using these factors but really aren’t, you have a problem. You have a responsibility to be fair to the group, and to the individuals that build that group.

I once watched a class lead continually putting a guild member who they considered a good online friend in on fights where the person would fail to mechanics, or throw tantrums and instead of being replaced with one of the waiting members eager for a chance to perform and succeed was allowed to continue the behavior without recourse. When confronted, the lead stated that they were following the rules but couldn’t back it up when compared to evidence brought to their attention by multiple people. The behavior continued and eventually the GM demoted the lead. The former lead made all sorts of protests trying to gain guild support, but in the end found none and /gquit. There was little fallout besides the person receiving the favoritism in the first place as everyone noticed the actions that caused, or was made privy to the reasons for the demotion in the first place.

No one is perfect, no one is above the rules

I’ve said this a number of times and it’s something that really bothers me. We are humans, and there fore inherently flawed. Be it personality, perception or some other shortcoming. It’s not a bad thing, but rather something that gives us character as people. This ultimately breaks down into two components for the purposes of today’s rant.

First, no one should believe that they are perfect and beyond reproach, and if that is your flaw then there’s a serious issue. This hold especially true if you are in a leadership position. You lead by example, and if you do not follow the rules then what exactly are you telling everyone else by your actions? That the rules do not matter for a privileged few? If you find yourself in a fight in which you are not optimal to the group, or you continually fuck up. You have a responsibility to sit yourself and remove yourself from the equation, to a point. You can lead from the side lines, I know I did it a lot in Tier 12 Firelands in World of Warcraft. You cannot see yourself as a necessity to the composition actively participating if you are not doing what you’re supposed to.

I watched an old officer continually put themselves in for farm content that they no longer needed gear from, or stayed in on fights in which they tanked the floor more than Lindsey Lohan after a three day bender. It sent the message that “I AM OFFICER I CAN DO WHAT I WANT WITHOUT RECOURSE!”. Eventually this caused good raiders who were left on bench for this person’s hubris to seek other guilds and continue their career. You never want that to be the case, be the better person and remove yourself if you fail to meet the standard in which you hold everyone else.

Second, never dismiss data that is presented to you under the assumption that you already know it. When someone presents you with something, be it a strat change, information regarding group composition, class abilities or sometimes even the short comings from others, you have a responsibility to listen and to investigate it. If someone presents you with concrete information, do not dismiss it because it wasn’t you that discovered it, that just makes those that are doing hard work and trying to help better the group as a whole feel disheartened and devalued.

I once saw an officer take math, presented and verified through multiple sources, that certain compositions would have certain results in a raid group and ignore it out of hand. Write it off as heresay or personal jealously when the person was only trying to point out facts to help the group as a whole. I’ve seen officers ignore perfectly good strategy changes for bosses because it wasn’t them that came up with it, only to wipe hundreds of times before accepting outside input. I’ve also seen officers ignore information about a person’s behavior or actions, and while placating the person presenting it, in actuality did nothing about the situation again writing off the information presented as a personal vendetta because they themselves did not see it or discover it. Actions like that cause people to become disgruntled and feel like they are taken advantage of and are less important. They often will leave the guild, and sometimes will just stop playing outright.

Throughout this, as a leader, you pay a steep price. You can’t avoid confrontation simply because you want to, because if you do you are doing nothing but perpetuating a problem that you have the power to solve. Allowing it to grow to disastrous proportions until it finally bursts. You have to hold yourself to a higher standard and be more aware of your actions, and your inaction than anyone else. You have to be able to be fair and have humility, to accept that you are human. To separate friend from job and be able to draw and hold that line. You have to be able to make hard choices and be able to back them up with facts and concrete reasons, because your actions will always garner the most scrutiny. No, you can’t just be everyone’s friend and focus on what you want to do. You have to be able to be somewhat selfless in your choices to make it work, and you need to make sure every one of your peers is of the same mind or it all just falls apart. If you can’t pay that price, or you are unwilling, then maybe it’s time to step down.

These are just some things, that after almost a decade of playing video games online I still see going on to this day. I see it happen and people that ought to know better, that know these things and see it similar to how I do simply ignore for fear of confrontation. They are so afraid of action that they do nothing at all just sitting back watching a bomb build and build. I still see cases of officers abusing power, or playing favorites. Ignoring input and making bad decisions. It seems that these are just errors that we are doomed to repeat. Implode/explode on a repeat cycle.